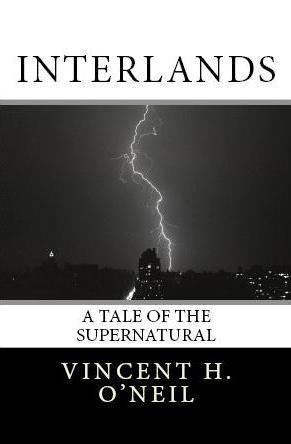 Counting the man in the casket, the troupe was all assembled. It could have been a curtain call at one of their annual performances, with the cast arrayed on stage, taking their bows to what was always explosive applause.

They were not on stage, of course, and that day’s costuming—variations on the shade of black—bespoke a different venue altogether. The Jerome Barron Players stood on a gently sloping hillside in a snow-covered Maine cemetery, surrounded by grave markers that in some cases dated back centuries. A carpet of fake grass had been laid around the casket, an ostentatious piece of furniture whose brass handles and rich wood gleamed in spite of the overcast. A gray-haired minister in vestments was speaking to the crowd, but the man observing the scene was much too far away to hear any of it.

But not too far away to identify the players. Partially hidden by a large stone cross, the man could make out the gray beard of Jerome Barron—director, manager, and God of all Gods for the actors, designers, and minions informally known as Death Troupe. The Director was bundled up in a long coat, wide-brimmed black hat, and a scarlet scarf which probably rested on one of his trademark turtleneck shirts. Barron occupied center stage as usual, with the dead man’s only living relative—a sister who had heartily disapproved of the troupe—standing to his left.

The position to his right was taken up by the company’s leading lady and the crown jewel of the Barron Players, none other than Allison Green. Her famous blonde locks hung straight down from a fur-trimmed hat, framing the oval face which had enthralled audiences all over the globe. There was no smile today, and the man watching the ceremony pondered which role Allison might have selected for the occasion. Earth Mother Allison. Grieving Paramour Allison. Unfaithful Girlfriend Allison.

He took a moment to look around him, making sure that he was indeed alone in this section of the graveyard. It would not do to be recognized, hovering there, watching. The cold, white scenery stretched out all around him, crowded with marble and granite testimonies to the inescapable march of time.

Alone. Outside the group. As always.

Looking across the rolling landscape, he noticed how the more distant headstones, black against the snow, resembled the stumps of a recently cleared forest. All of this had been woodland once, and he marveled that living things could be cut down to make way for dead ones. A chill wind slid over the frozen whiteness, migrating across the border from Canada in much the same way as the dead man’s forebears. The Betancourts had made a fortune in Maine timber and, although none of them now lived in the area, most of them chose to be buried there.

His gaze returned to the black-clad assembly, noting which eyes were being daubed and which were not, before he reminded himself that the actors were not the only players in the group. They were all part of the same con game, the annual stage production which pitted the wits of an entire town against the collective wiles of Jerome Barron and his company of deceivers. The rumors about the Barron Players were legion: Death Troupe actors could switch the play’s ending on a mere hand signal from the Director, who often designated the production’s murderer in mid-performance. The troupe’s design team, a twisted gang of special effects wizards, lived for the chance to divert the attention of an entire audience already primed to resist such chicanery. The play itself, an original work penned by a writer residing in that year’s host town, contained so many alternate endings that the script looked like a telephone book.

The chameleon-like transformation of the troupe’s playwright had always fascinated the man watching the funeral. The writer—or writers; at one point there had been two—would begin his residence as an outright celebrity, wined, dined, and spied upon by many of the locals. As the months went by, however, he would become such a fixture in the host town, scribbling in a notebook here or tapping on a laptop there, that he would virtually disappear. Although he created the play’s blueprint right under the audience members’ noses, by the time the troupe got there the playwright would be almost completely overlooked.

Except maybe not today, the man mused. Today one of the troupe’s writers had managed to seize center stage in the most final curtain call of them all. He might be taking his bows from inside the casket, but even that fit the theme: There was always a corpse when Death Troupe came to town.